A very short vignette experience about conflict in relationships. How a small dose of empathy can make all the difference.

Sometimes less is more. You managed to capture human emotion in two circles with just words and placement on the screen. Nothing more. Ordinarily this kind of game is glossed over as plain or boring or lazy, but you gave the player everything they needed to understand the situation. Lack of facial expressions and not too much backstory really let me interpret the story in a way that i could relate to, instead of giving out insane amounts of detail about the characters' pasts. I very much enjoyed this experience and encourage you to keep up the good work.

I feel like this had a lot of promise, but there needs to be a lot of additional work. The spelling was an issue, too many typos, but when the first scenario ended and it said that I "gained empathy," I was intrigued by what would happen next. Had the game continued the scenario a couple of other times, with me gaining other kind of social nuances (like empathy), that would've been really cool. I wanted more, but it wasn't there. Also music would've been nice. 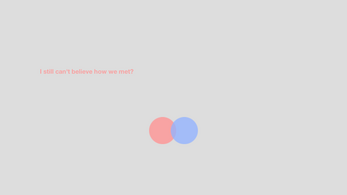 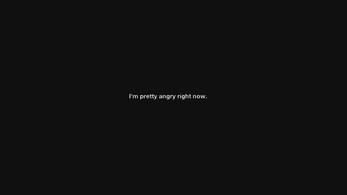